The establishing process of the preliminary structures for the departments of the institutes consumed four years till 2003 (the first intake graduation). Starting from the principles of the supreme administration towards establishing departments performing with the highest efficiency levels, the administration has adopted the concept of quality assurance through seeking to earn the two certificates of ISO 9001 for year 2001 and 14001 for year 2004 with the third partner- the local company responsible for preparing and qualifying the administrative cadres – OQS – Egypt – as an exclusive agent for Quality Austria Company- located in Austria, and considered among the largest European companies granting the ISO Certificate under the umbrella of International Standardization Organization.

In February 2006, the supreme administration received the foreign inspection team commissioned and entrusted by OQS Austria which audited the environmental and administrative systems and assured the availability of the elements required for granting ISO World Certificates.

Finally, the auditing ended by granting Obour Institutes the ISO Certificate. 9001 for year 2001 and ISO Certificate 14001 for year 2004 as the first Egyptian High Institute rewarded such a recognized certificate, and were renewed in 2009. The results of the application of quality systems were explicitly reflected in the educational activities through the continuous development and educational methods and the study plan and curricula, in addition to development considerations of the student training programs which currently enable the student to be rewarded the bachelor degree in addition to the certification of Michigan University in The English Language and International Computer Driving License (ICDL) as well as other packages of training programs. 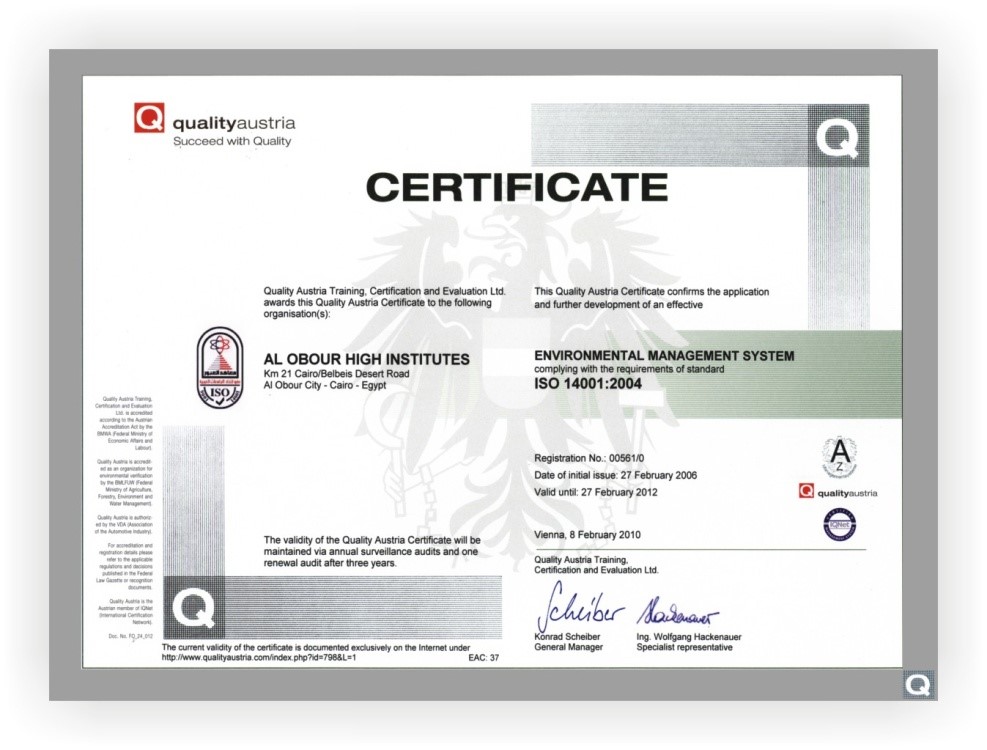 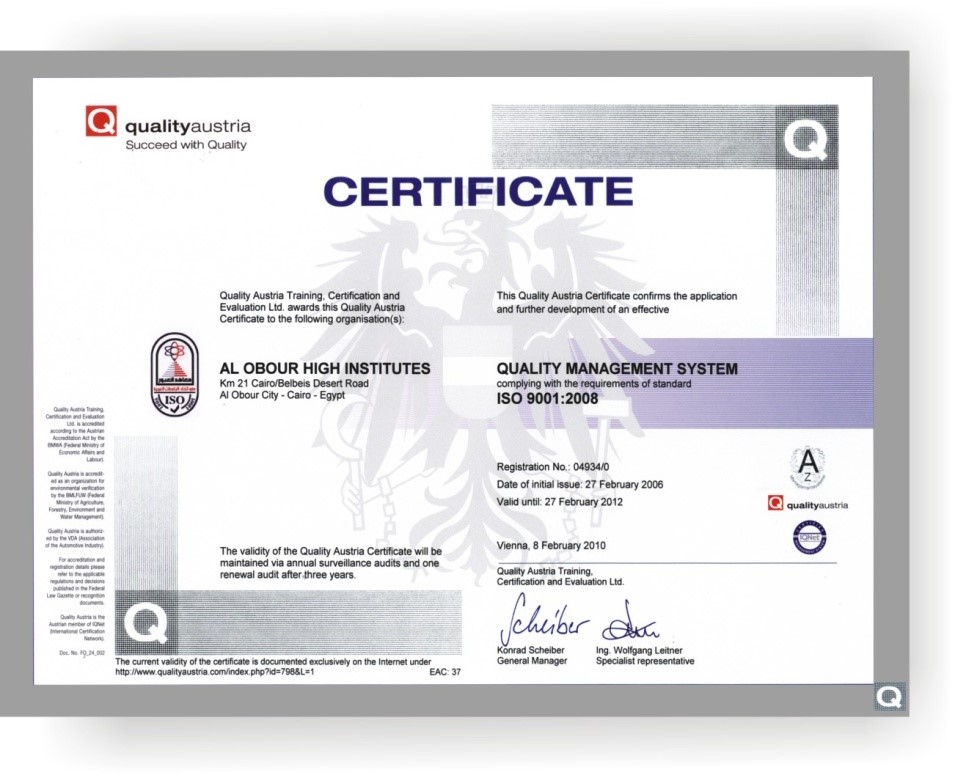